What is Green Matcha Tea and what are the health benefits?

Matcha Tea is a special kind of green powdered tea that has been traditionally used in Japanese tea ceremonies for over 800 years. Matcha contains an amino acid called L-theanine. L-theanine is an amino acid that helps relax the brain, blood vessels and muscles. It can also help lower blood pressure and enhance a sense of wellbeing by stimulating brain waves associated with the feelings of happiness and relaxation. L-theanine also increases dopamine (and possibly serotonin) production – two of the brains “feel good” chemicals.*

Matcha also contains a high dose of antioxidants, called catechin polyphenols. The ORAC (oxygen radical absorbance capacity – a measure of the antioxidant capacity of food) rating of matcha is 1348 units per gram, compared to 91 units/gram for blueberries, which is a food well known for its high antioxidant content. Catechins help protect the body against many diseases such as heart disease and cancers including breast, skin, stomach, prostate, ovarian, and colon. It has been shown that Matcha green tea has at least three times the amount of catechins then other green teas.**

Because of its very high catechins content, matcha green tea is the ‘best of the crop’ when choosing a tea that can help to reduce chronic inflammation.

As well as antioxidants matcha also contains beneficial mineral and vitamins (A, B-complex, C, E and K), Chlorophyll, and is a source of fibre with very few Calories.

Matcha, like other varieties of tea, does contain caffeine, but as it also contains L-theanine. Matcha gives a sense of alertness (from the caffeine), but is balanced with the calming and relaxing feeling from the L-theanine, and is shown to increase concentration.***

How to take matcha tea?

Typically matcha is consumed as a warm tea, a latte, or alternatively can be used in baking, ice cream, desserts or even smoothies. Matcha can be found in most health food stores, or alternatively online at kenkotea.com.au.

Here’s one of recipes for making natural Matcha Green Tea Icing for cakes and cupcakes. A fantastic alternative for artificial coloured icing.

**US National Library of Medicine National Institute of Health 2003, Determination of catechins in matcha tea by micellarelectrokinec chromatography. <ncbi.nim.nih.gov>

***US National Library of Medicine National Institute of Health 2015, A double blind placebo controlled study evaluating the effects of caffeine and L-theanine both alone and in combination on cerebral flow, cognition and mood. <ncbi.nim.nih.gov>

Agave - is it really better than sugar?

How to get a "Smart" Kitchen 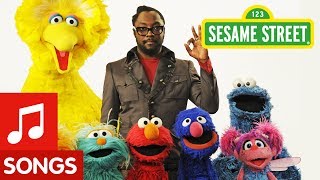 Surviving Christmas with an eating disorder

Are you getting sufficient protein?

Agave - is it really better than sugar?

How to get a "Smart" Kitchen

How to make a watermelon cradle